Home > Workshop > And we stalk your neighborhood for…

And we stalk your neighborhood for…

If you recognize the neighborhood in the background of the photo above (and if you live in the area), then you can rest assured that at least some of your neighbors actually stop to help strangers (when asked), and that some of them are willing to share meat and mead, heart and hearth, and even fronds from their not-so-tall coconut trees (I kid on the two items prior, blame it on reading too much R.R. Martin straight through–now on book 3!).

I suppose the fact that the leaves were to be used for the palm weaving workshop of the kids from the Galing Mo Kid program of Hands on Manila (as supported by Starbucks) was rather compelling.  Who would begrudge a few palm fronds from some of the brightest fifth graders from public schools around the Metro (and their eager volunteer mentors)?  I love the fact that they’re including craft (traditional Filipino or not) in their roster of weekend activities.  And working with their hands is an awesome way to learn a bit more about the raw materials that surrounds them, as well as push their creativity and motor skills.

I learned of palm weaving from the greenest friend I have.  We were talking about craft, and when we started into what different craft skills we wanted to learn, she up and showed me the flickr photostream of Elmer Nocheseda.  Both amazed with the different palm leaf forms he has been able to document from all over the country, we figured to add him to the roster of workshops for Craft MNL.  Unfortunately though, his workshop tomorrow will cover basic forms (some in the photo below), and not the hardcore basketweaving stuff Bea wanted to know (next time).

Just so you’ll know, these different palm weaving forms have been compiled into a beautiful (and multi-awarded) book (haha, I have a signed copy!) that was designed by Karl Frederick Castro, and published by Ateneo de Manila University Press.  The photo immediately above is from Karl’s Behance page (awesome work).

So yes, if you saw a strange girl sitting on the side of a road earlier this afternoon, de-leafing a coconut palm frond (with a borrowed itak on the side), that was me.  And today because of this happy project, I can attest to the kindness of strangers.

Excited for the workshop tomorrow. 🙂 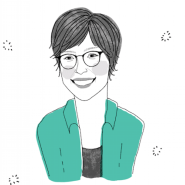 The Difference Between Rubber Stamping and Rubbercut Printing

Holy skein threads, crafters! Are you as excited as we are for the Etsy Craft Party?